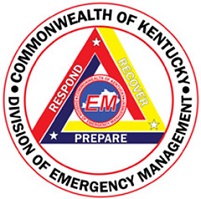 ACEMA is tasked with providing mitigation, preparation, response and recovery of all past, current or future disasters whether man-made or natural to the residence of Anderson County, Lawrenceburg Kentucky.
ACEMA works with local and state agencies as well as public, private and volunteers to coordinate resources, development of response plans and to develop recovery procedures to potential disasters.
Our mission is the preservation of life, property and the environment to Anderson County, Kentucky. 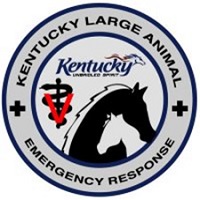 KLAER provides veterinarians, first responders and equine technicians certified in technical large animal rescue, as well as specialized equipment to efficiently and effectively extricate large animals from extreme emergency situations.
KLAER is a non-profit, charitable organization that offers this service 24 hours a day / 7 days a week at no charge.
KLAER is not a sanctuary for injured or abandoned animals; we provide our services to remove animals and their owners from harms way.
ACDPS is a proud affiliate with KLAER governed by Chapter 39 if the Kentucky Revised Statutes.

If you need to reach the Kentucky Large Animal Emergency Response team, please call our local PSAP (Dispatch) Center at 1-502-839-5125

Welcome to ACDPS AHA Regional Training Center!!
Officially known as the Kentucky West Central Division KY#15122. We are proud to be a part of the community by offering CPR training for Health Care Providers as well as the lay person.
As a health care focused organization, we can not stress the importance of being CPR trained. We offer many classes, several times a month, with over 150 well educated instructors who have years of field experience.

With many instructors for our region, there are several classes on a monthly basis. To schedule a course with our instructors or to see when the next course will take place, please contact Jeanne Hosp at the AHA training center inside ACPDS Headquarters at 1-502-839-7642 M-F 8am to 4pm est or email us at acemsaha@gmail.com